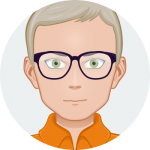 I’m Stephen. I’m the writer/author/narrator/book cover designer and editor of all the books you see on site.

I decided to do everything myself because well, it’s cheaper for someone on a budget of zero! Another reason is that all this book stuff has also been a wonderfully interesting learning curve for someone who actually stumbled into writing completely by chance.

I wasn’t some clever clogs at school who read Shakespere or even excelled much in English. I was just average at most things.

Anyway, that huge learning curve continues because now, I’m also doing all this website stuff as well. And it’s all so time consuming. For example, I remember when I wrote Saving Eden back in 2015.

I had two weeks of holidays from my day job to take or I would have lost them. So because I was in the dizzy heights of writing Eden, I decided to take the two weeks off and turned each one of the 14 days off into 3 blocks of 8 hour writing sessions.

That meant I slept for about an hour (although I soon learned that’s almost impossible when your brain is spinning with story ideas at zillion miles an hour) and had a bite to eat for another hour, whilst also working out what my next story step would be.

The other 6 hours out of every 8 was spent writing somewhat furiously, with the odd cup of coffee or tea to keep me going.

As I said… time consuming isn’t even close. And once all the writing is done, then comes the editing, the cover designing, the formatting, etc, etc, etc. Yawn!

And after those two weeks were done, it was still another 8 – 10 months before I felt that the book was anywhere near close to completion. 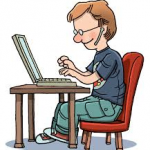 Consequently, and due to my lack of writing prowess, Saving Eden along with my other 4 novels and children’s books have been re-edited to improve them since. Just click on a cover.

I hope you’ll take a look at what I’ve been doing in my spare time for the last few years. I hope you like.

Scroll back to top